­Every picture tells a story. And in Riviera Beach, those tales are more important than ever.

That’s because the Community Redevelopment Agency is organizing an exhibit replete with photos and other memorabilia that will showcase the city’s history. The permanent display will have a prominent spot in the Marina Event Center at the Riviera Beach Marina, which is under construction (the 36,488-square-foot waterfront facility will include a grand ballroom, meeting rooms and a two-story restaurant and a café). 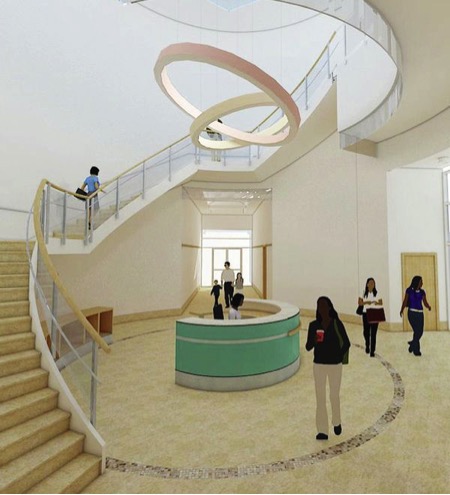 An artist’s rendering of the interior of the Marine Event Center, which is under construction at the Riviera Beach Marina.

“Our goal is to provide a dynamic and engaging history of Riviera Beach so that residents and visitors will see the rich and significant history of the city and its contributions to Palm Beach County,” explains Annetta Jenkins, the CRA’s director of Neighborhood Services. “We’ll detail the significant contributions the people of Riviera Beach have made to our area, and the uniqueness and diversity of our community.”

They’re seeking pictures, memorabilia and other documents that offer a glimpse into the city’s unique past – anything highlighting the history of people, businesses, churches, schools, government, social events, weather and other accomplishments. An all-day open house at the CRA office is scheduled for Saturday for people to bring in items – including photos, brochures, and souvenirs – to be donated, loaned or scanned and returned for the first-of-its-kind exhibit.

“Having everything we collect on display in the newest building in the city will be a proud moment for the families of those individuals, those businesses and those leaders who helped shape the City of Riviera Beach into what it is today and where it is heading tomorrow,” notes George F. (Chip) Lubeck III, broker/owner One World Realty, Inc. and a project volunteer. “The City of Riviera Beach has unfortunately carried a stigma of being an unsafe area for the last several decades. The fact that there is a lot of history here never makes it to the surface and we want people to be surprised that there is a lot to be proud of being a resident and lots of reasons to come here as a visitor.” 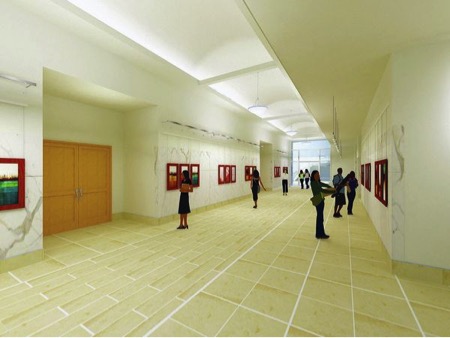 An artist’s rendering of the long hallway at the Marine Event Center, which is under construction at the Riviera Beach Marina. A permanent exhibit on the history of Riviera Beach is planned for that space.

Singer Island resident Marianne Wiegand, another project volunteer, says she hopes this central depository will unite the city: “It has had a very long, sad past of division, lack of progress and animosity, all of which has kept the city from progressing. It seems that if residents can embrace and share their past, it may help improve their future and those of their children.”

Wiegand, Lubeck and Jenkins encourage the community to embrace the project.

“People need to know this is ‘their’ story, ‘their’ past, and ‘their’ museum that will give them, for the very first time in the city’s history, a place to actually showcase how the city was then, how it started, who the people were who helped grow Riviera Beach, and hopefully learn from the past and move into the future unified for the betterment of ‘their’ town,” says Wiegand. 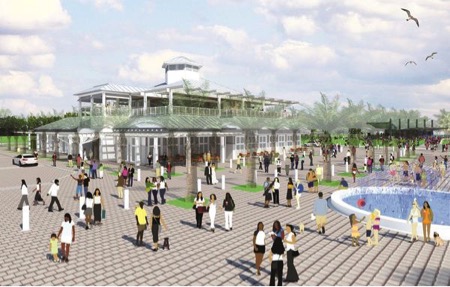 An artist’s rendering of the long hallway at the Marine Event Center, which is under construction at the Riviera Beach Marina. A permanent exhibit on the history of Riviera Beach is planned for that space.

And, hopes Lubeck, make them proud.

“This is local history, history that matters to families that grew up here and built this city from nothing. The generations that followed these early residents deserve to see their ancestry presented for many to see,” he notes. “It is our hope that the excitement to make this presentation in the new event center a focal point for the city and a proud moment for those who help make this city what it is today.”

Posted in In The News.